DO WE STILL HAVE HEROES? 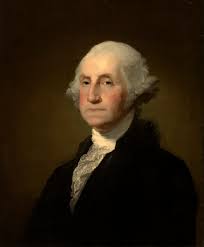 Do We Still Have Heroes?
By: Lawrence Dickstein

When I was growing up, the world was filled with legends and stories of the great men of the past. We read books about heroes. Some of these were real people that were made larger than life and others were totally created as fiction. It was important to have heroes to look up to, to guide us and to inspire us.

Now in truth, some of the stories we were told were merely childhood tales such as George Washington cutting down the cherry tree and never telling a lie. Sure, these simple stories were repeated a bit much, but today’s children don’t know Washington, the legend or the man. These stories were there to introduce our children to Washington and countless others like him before their development of skepticism and cynicism of the real world could take hold. The belief was by making the introduction to our heroes at such a tender age, that later in life when we were older and wiser we would go back and learn more about the issues facing these men in their time and see just what it was that we all felt made them great.

There was a time in America when sports legends like Babe Ruth, Mickey Mantle and Lou Gehrig were practically idolized by the young men of the day, and everyone aspired to be like them. These men were strong, honest, hard-working role models for everyone. For thousands of years, all civilizations have introduced their children to their heroes to give them grounding and to inspire them to become better people.

So, what has changed? Today, our heroes are exposed as complex real people with fears, flaws and challenges. We judge them by our modern ever-changing standards of morality and find them wanting. We see them as egocentric, aggressive, and even lacking in civility. Call me naive, but I think we were all better off when we had heroes to look up to.

I watched my own Father struggle to deal with the challenges in his world. At an age when most men were just starting out in life, his world was faced with the totalitarianism of Hitler and Mussolini. Everyone stopped what they were doing and faced the reality of World War II. Millions of Americans went to War and the world survived its greatest challenge. When these men returned, we had new heroes like Dwight Eisenhower and Patten. Were these men perfect? Hell no, but we told our children the truth. They were our heroes.